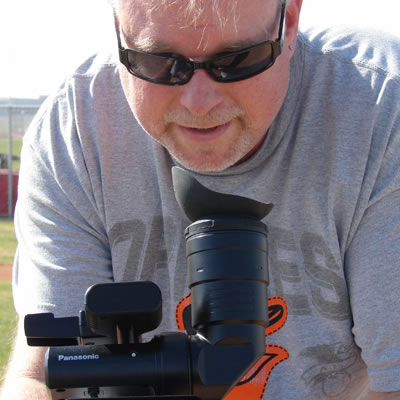 Two time Emmy® Award winning producer/director, Dale brings over 30 years of broadcast production and promotional experience to Top Prospect Video Productions, LLC.
Dale’s journey began in Kalispell, Montana where he was team manager and statistician for his high school athletic teams. His passion for journalism and television was equally important to him as his passion for sports.

Upon graduation from high school Dale attended the University of Montana in Missoula, Montana and immediately went to work for the Sports Information department.

His first television experience was at KCFW-TV in Kalispell, Montana as an intern in the news department. After he received a Bachelor of Arts degree in Radio/Television from UM he was immediately hired by KECI-TV, also located in Missoula.

Three years later Dale was hired by KVBC-TV (now KSNV-TV) in Las Vegas, Nevada as a Creative Services Producer/Director. He quickly moved up the ladder to become the Director of Creative Services & Production where he managed 39 employees in two departments.

While at KVBC-TV Dale garnered over 155 awards, including an Emmy® and two awards for “TV Manager of the Year”. All his accolades were awarded for his videography, editing, promotional spots, and creative ideas.

He was a loyal employee at the station for over 22 years before moving on to KCRA-TV in Sacramento, California and KOAT-TV in Albuquerque, New Mexico. He was the Creative Services Director for both of these Hearst stations. 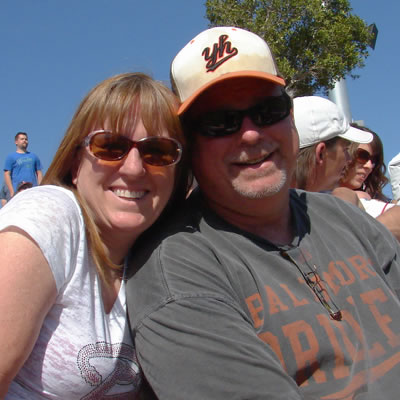 Since moving to Glendale, Arizona in March of 2011 he has been very involved in the community. He is a Ex-Officio with the Board of Governors for the Rocky Mountain Southwest Chapter of the National Academy of Television Arts & Sciences (NATAS or in simpler terms – the Regional Emmy® Board). He has volunteered for various organizations including the grade school where his child attended and has also volunteered as a coach/statistician for his sons’ baseball teams.

Dale is a Digital Media Production Specialist at AZ POST (Arizona Peace Officer Standards & Training Board) which creates training videos for the more than 16,000 Peace Officers in the state of Arizona.

Dale is married to his best friend and business partner, Nancy, the co-owner and Business Manager of Emmy® Award winning Top Prospect Video Productions, LLC. His wishes are for his family to be happy and content and for the Baltimore Orioles to win the World Series (this century). Above all, Dale’s greatest accomplishment is his four children – Andrea, Brooke, DJ, and Kyle.